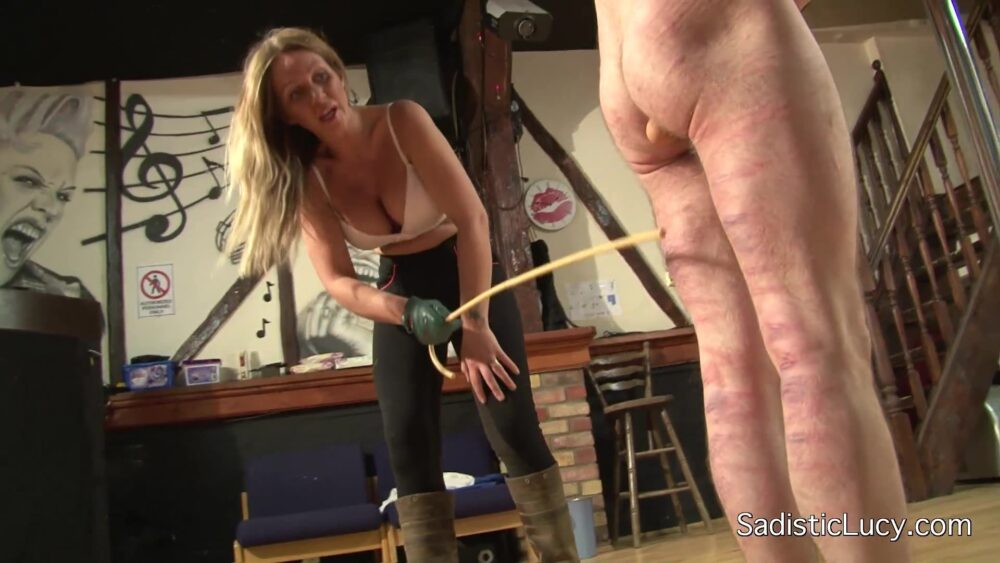 This slave is getting on my nerves, whining like a chicken, so I popped out to the shops and bought a box of eggs, for my chicken! I tie him to the pole, and stick an egg firmly between his arse cheeks, telling him that if he dropped it, he would regret it! I then take my most vicious cane, and start thrashing the back of his legs, trying my hardest to make him drop the egg, but the chicken does well, and keeps his butt cheeks tight, holding onto the egg for dear life as I beat the back of his legs heavily with my cane! I keep going, harder, and faster, with no break between strokes, making him hop around, but he finally drops the egg, smashing it on the floor. Oh no!, look who’s having raw eggs for breakfast! I release him from the pole, and him onto the floor to suck the raw egg up with his mouth and swallow it for me! After he’d devoured the entire egg, I tied him back to the pole, stuck another egg up his arse, and started thrashing him again on the back of his legs! He’s got some nice welts and bruises showing up by this point, and I try my best to cane over the already tender bruises, trying to make him drop the next egg. He’s shaking, trying to take the caning without dropping the egg, but he fails again, and drops another on the floor. I immediately push another egg into his arse, and he drops that too after one harsh cane stroke, and then another egg. I was thoroughly enjoying myself here, punishing my chicken with a beating that was almost impossible to endure. Next egg dropped and smashed, next egg in! In the end, the floor was covered in eggs, and the slaves legs were covered in nasty bruises and welts! Obviously, at the end, I him to lick up and swallow every single bit of smashed raw egg off the floor! Poor little chicken! 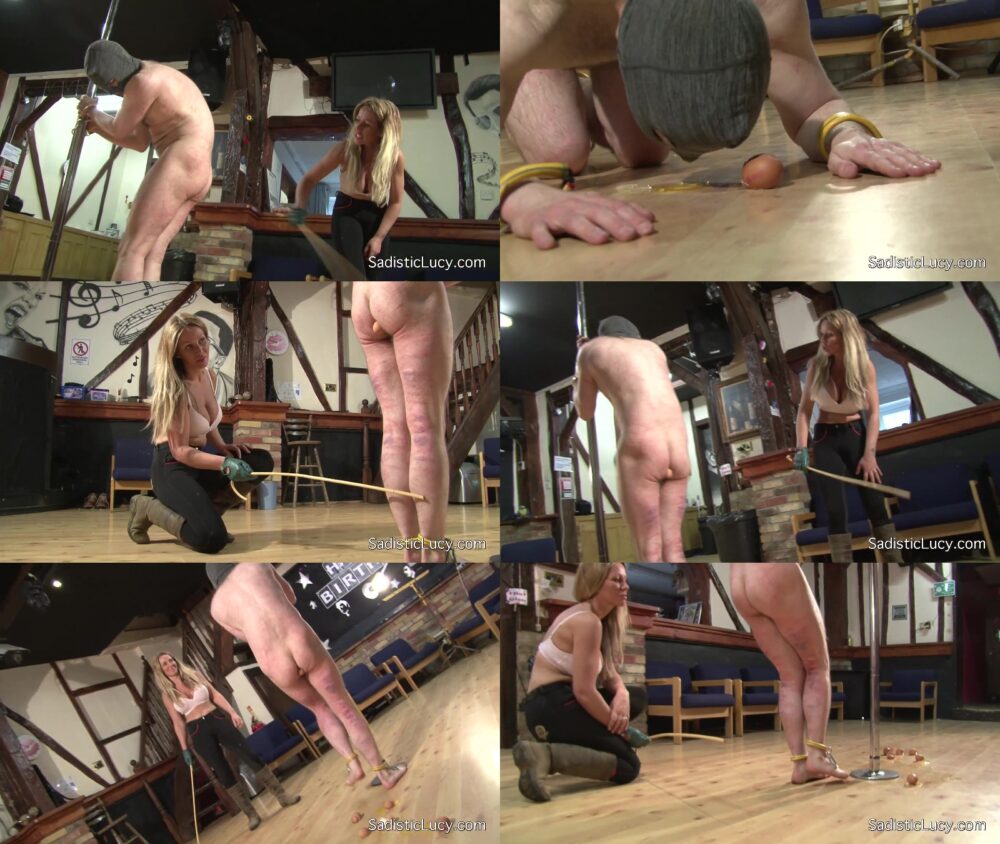