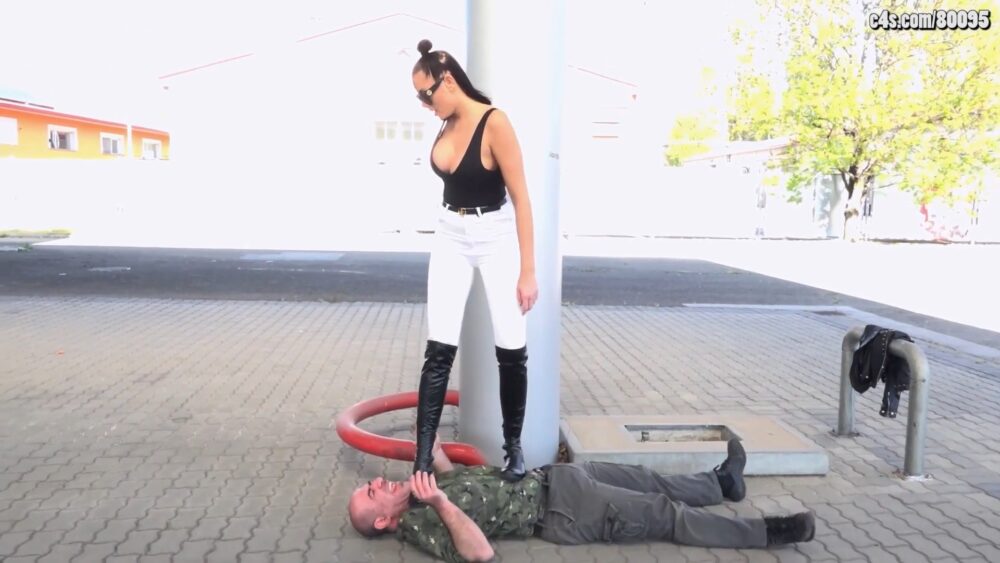 I have a place one km from the border and I left some papers there, but with the quarantine I cannot cross the border with my car. But I know the old border control way, so I can walk from there to my place easily. The weather is perfect and I am happy to do it! But in the border there is a soldier, not even a real soldier, one of these loser mercenaries that they do it for some extra cash. This guy worths less than my sexy high boots! When I try to walk over the border, he stops me and with a macho style she tells me to go back and he doesn’t even explain to me the reason. I cannot be stopped by this loser!

PART1: BRUTAL Beatdown With Kicking And Trampling In High Boots
I say to the fake soldier that he cannot stop me and I walk, but he blocks me and doesn’t let me pass! I slap his face hard and I try to walk away, but he says that he follows orders. These orders mean nothing to me! I lose my patience with this asshole and I decide to kick his ass. I beat him brutally and I kick and stomp him hard when he is down. This asshole takes a very good taste of my boots on his face, thoat and dick and after several full power kicks and slaps, he is down on the ground exhausted. I stand on him on my boots and trample him flat, kicking him and jumping on him. I take him up for some more beating, until he collapses again and I walk over him to continue my way!

PART2: MERCILESS Trampling Beatdown In Special Edition High Boots
I stand on him on my boots and trample him flat, kicking him and jumping on him. I take him up for some more beating, until he collapses again and I walk over him to continue my way! But the poor bastard follows me trempling and begs me not to continue. I don’t believe it! He wants more! I throw him against the wall and I trample him even harder under my extreme boots, crushing his bones and his skull. I step on his face and I make him feel the bottoms of my boots while I crush his throat under them!

PART3: EXTREME Dirty Boots Worship And Domination
My problem with this loser is that he takes himself so seriously! I want to show him that he is just a worm under my boots, he worsts nothing! I put my boot on his face and make him lick the dirt from the bottoms and I dominate him hard and humiliate him at the same time. After some hard domination fun, is time for the final cleaning. I wipe my boots on his tongue while I stand over him and I crush his throat or I stand on him, while he keeps working his tongue on my boots until they are clean. I am so happy for this guy, I had so much fun kicking his ass and now I can enjoy my walk across the border! 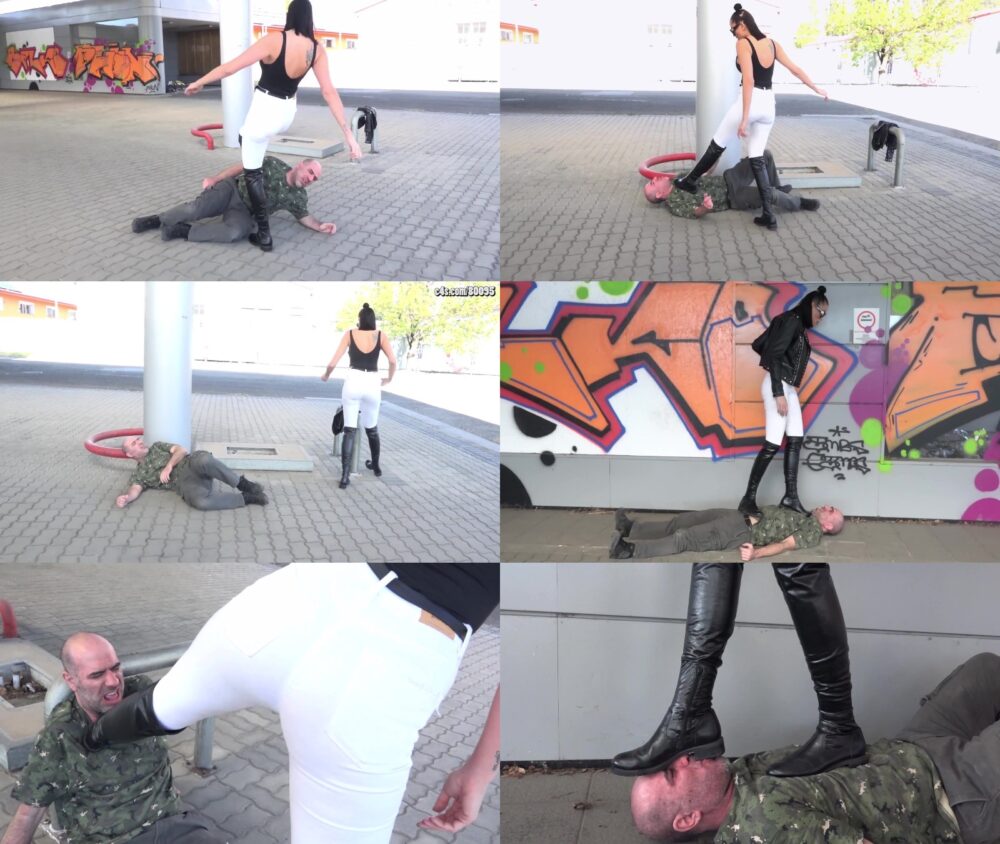