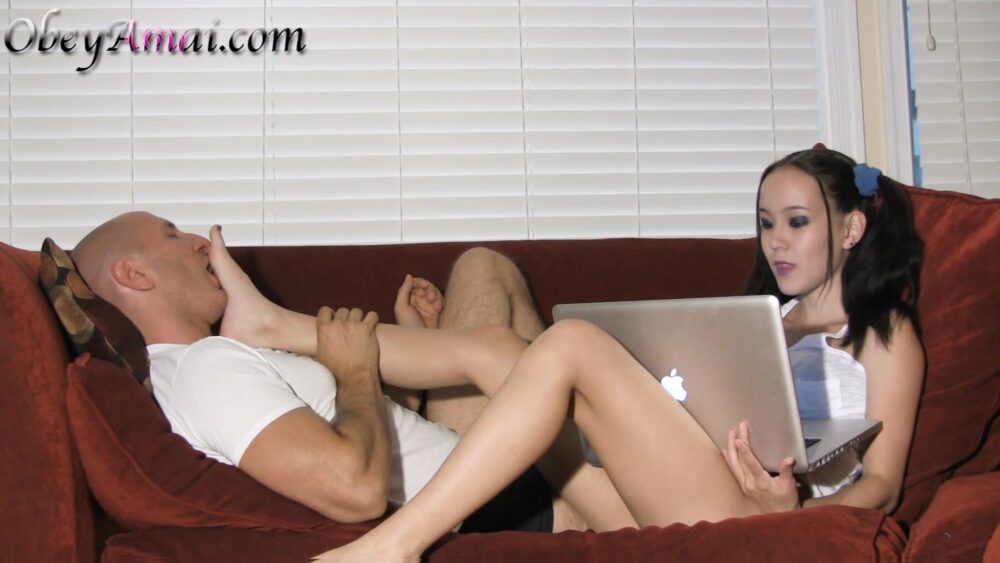 Princess Amai! This clip contains 2 full length clips! These are Incredible scenes! Amai knows just how to mindfuck her paypig and she truly scrambles his brain and makes him so weak and helpless as she coaxes him to confess his darkest financial domination fantasies, and then shops on his computer while he licks her feet!

‘Edging Him To Confess, Turning His Brain To Mush’

I don’t like secrets. And I know my loser slave has been holding back, he’s been keeping things from me. Things that go on in his sick mind that will help me better control and manipulate him. And I know how stupid he gets when I edge his cock. His brain shuts down. And I want to know all the dirty fantasies that go on in his sick twisted mind. I keep him stupid by keeping him locked up and controlling his dick. His mind is turning slowly to mush.

So today I let him out of chastity to edge his cock over and over and over again until he confesses all of his deepest, darkest secrets to me. I have No intention of letting him cum. I’m just going to milk his brain and then lock him back up, stupid and frustrated. I started out slowly jerking his cock getting it nice and hard. Then I began edging his cock, and told him to confess. The longer I kept him on edge, the more he kept revealing. He started out slowly, not yet really revealing the good stuff. He told me he wanted to take me shoe shopping and have me humiliate him in public, then he told me he wanted me to take him to the ATM and give me his pin and have me take out money and walk away from him, fucking him over. Now we’re starting to get somewhere. But I wasn’t even close to done yet.

I continued to edge his horny cock, I told him I wanted more information. He started confessing that he wanted me to expose him for the loser pay pig that he is for me. He confessed he wanted me to write things on his face and show the world what he is and how he is nothing but a puppet for me to control. But I wanted more, his brain was mush now, the stupid fuck. I had his cock so on edge. He started confessing more. Telling me he wanted to get down on his knees and beg me to fuck him over financially. He admitted that being fucked over by me is the only way he can cum now. I was getting deeper and deeper into his head now. Draining more and more information and I edged him into complete stupidity. Now I had him where I wanted him. He started confessing to his deepest darkest twisted fucked up fantasies. Wait til you hear what he confesses. After I finally milked the last detail out of his stupid brain, I let go of his cock, and reminded him that I now had so much useful information to control his life even more. Then I left him there, frustrated and brain deåd.

‘He’s Nothing But A Foot Licking Credit Card’

The only thing he loves more than worshiping my cute little feet, is when I drain his account and shop with his credit card. He loves it so much, he craves it. It’s almost like I’m doing him a favor when I take his cash. He becomes such a brainless pay pig, so easy for me to take advantage of. So I put my perfect feet by his mouth and told him to lick. Then I made him sign into his Amazon account and hand me his computer. As he licked and worshiped every inch of my feet, I shopped away, keeping the computer faced away from him so he couldn’t see how much I was spending. He gets so horny when he knows I’m buying myself pretty things with his credit card.

I bought myself shoes and lingerie while he was lost in the soles of my feet. And each time I was ready to make a purchase, I took his finger and made him press the send payment button. LOL he loved it. Each click of the button made his stupid cock twitch. He doesn’t need his money. It’s my money. He’s nothing but a foot licking credit card to me. Every time I said, ‘Buy me this’, his dick twitched and he licked my feet even more passionately. He loves being used for his money, while I buy things I don’t even need. Stupid wallet. Then he said the most pathetic thing I’ve ever heard him say, lol. He asked if he could jerk off to the online receipts from my shopping spree, lol. Can you believe that? What a sick fuck he is! I’ve permanently damaged his brain. 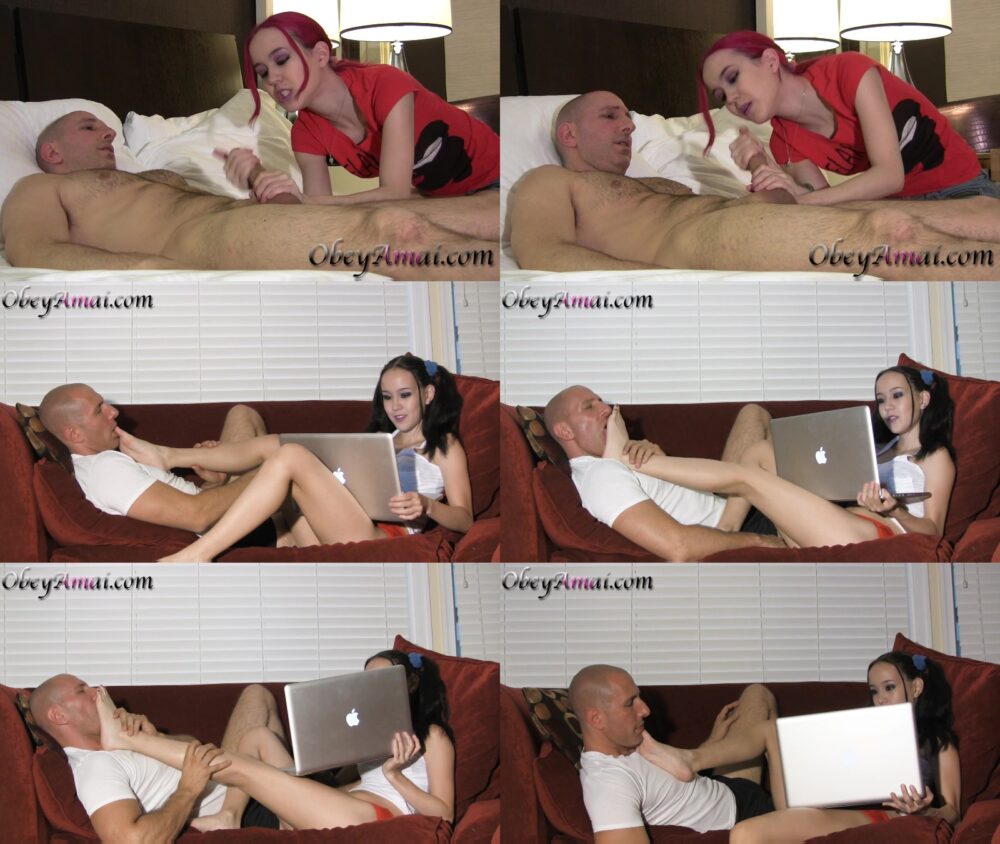