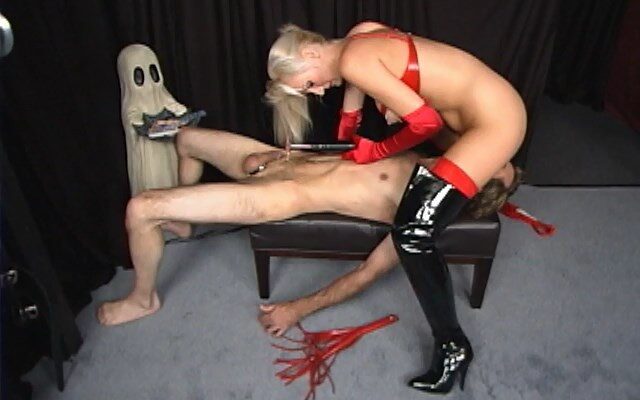 Mistress Autumn was in a tease and denial mood. She ordered Her lanky submissive named manhole to put his face in Her ass and start jerking off. He immediately got hard and his cock was punished in different ways each time until soft. This process was repeated over and over. His face was placed in Her ass, in Her pussy and he was allowed breast worship. He could not keep his cock soft to Her great amusement.

Mistress Autumn continued Her tease and punishment. The submissive stroked his cock and got hard from Her scent and then his cock was tormented until soft again. The violet wand was utilized right on the tip of his penis and on his balls to discourage his erection. Mistress Autumn sat on his face and fucked his tongue while She zapped his cock.

Mistress Autumn open the zipper of her top and teased Her captive with Her nipples. Taking the heavy whip, Mistress Autumn proceeded to whip the cock tip of large submissive michael. She kneaded and stroked him back to hardness and whipped him again. Moved now to his back on the bench, the Mistress applied the cock pump to the helpless submissive and sat heavily on his face as he worshipped Her pussy.

Her lanky submissive was tickled, cropped and whipped as his balls were stretched further from more weights. Mistress Autumn ordered him to suck Her big rubber cock and then stuck it in his ass and began to fuck him. Supporting Herself on the chains She rocked the swing back and forth fucking him deeply. His groans brought a smile to Her beautiful face.

With the mousetrap on his cock head and Mistress Autumn’s cock buried to the hilt in his asshole, manhole thought She could do no more but Mistress Autumn decided to decorate his nipples with nipple clamps that had bells on them and try to make them ring. Fucking him hard the clamps jangled their bells and brought a smile to Her face. She ordered him down and placed his face in Her ass. Making him stroke himself, he was hard in no time. She milked Her abused submissive’s cock out onto the cum plate and then ordered him down to eat his load 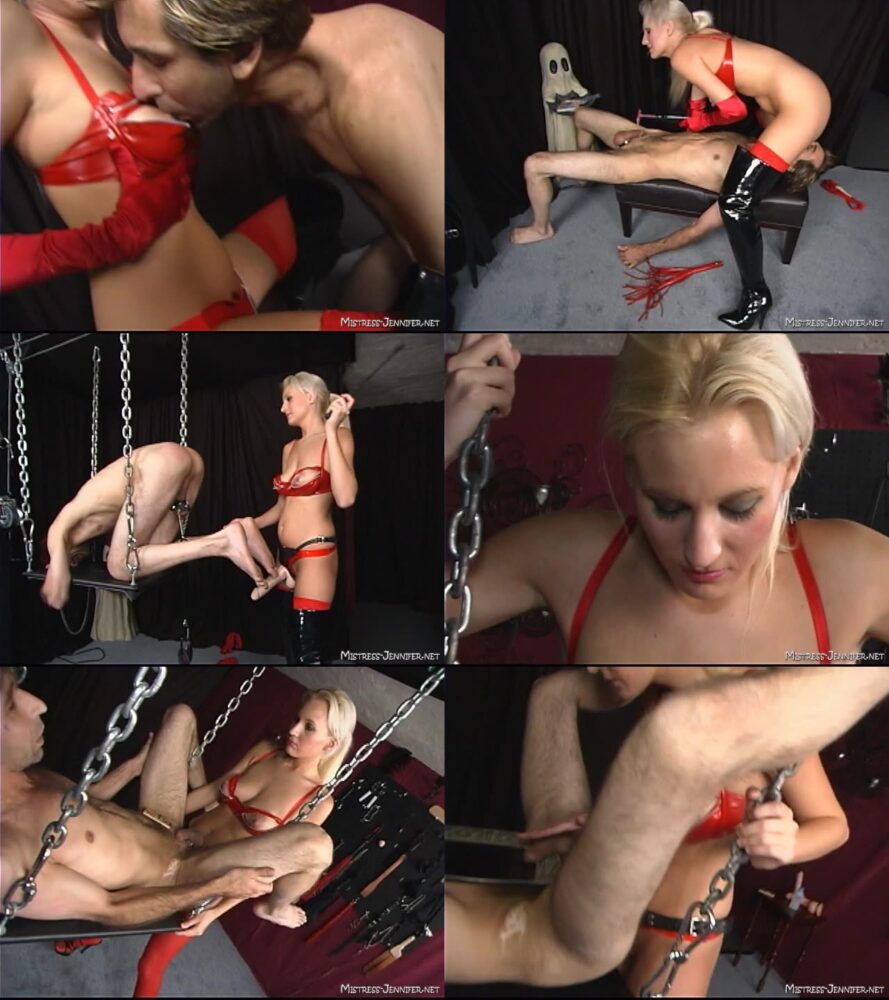