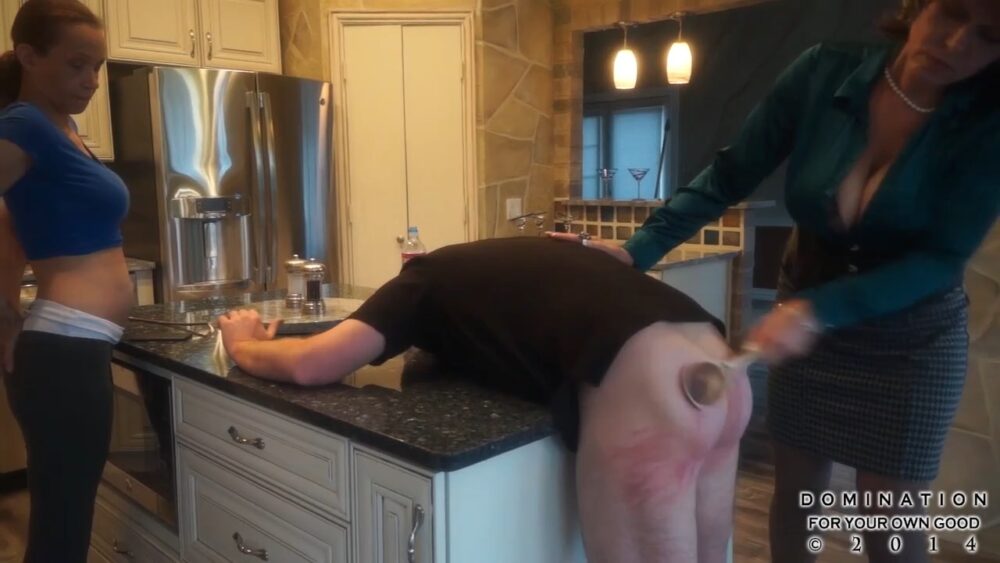 Step-Mom/Governess comes home early to find her step-son and his bad influence girlfriend Lisa had broken the rules and been partying in her kitchen. They had been smoking and having sex. They left a smoke smell in the kitchen and left a used condom on the floor. She confronts/chastises them both and threatens to call the girlfriend’s Step-Mom. Lisa begs her not to and agrees to take a spanking instead.

The step-son tries to keep his girlfriend from getting the spanking, so Governess takes him over her knee instead and begins to spank him with the switch instead as Lisa helplessly watches on, rubbing her sore bottom. His continued outraged protests fall on deaf ears, so she has Lisa grab a wooden spoon. Governess busts his behind over the kitchen counter with the spoon and teaches him a harsh lesson he won’t soon forget. They both receive the painful smacks, swats and whacks they so richly deserve. A domestic discipline classic! 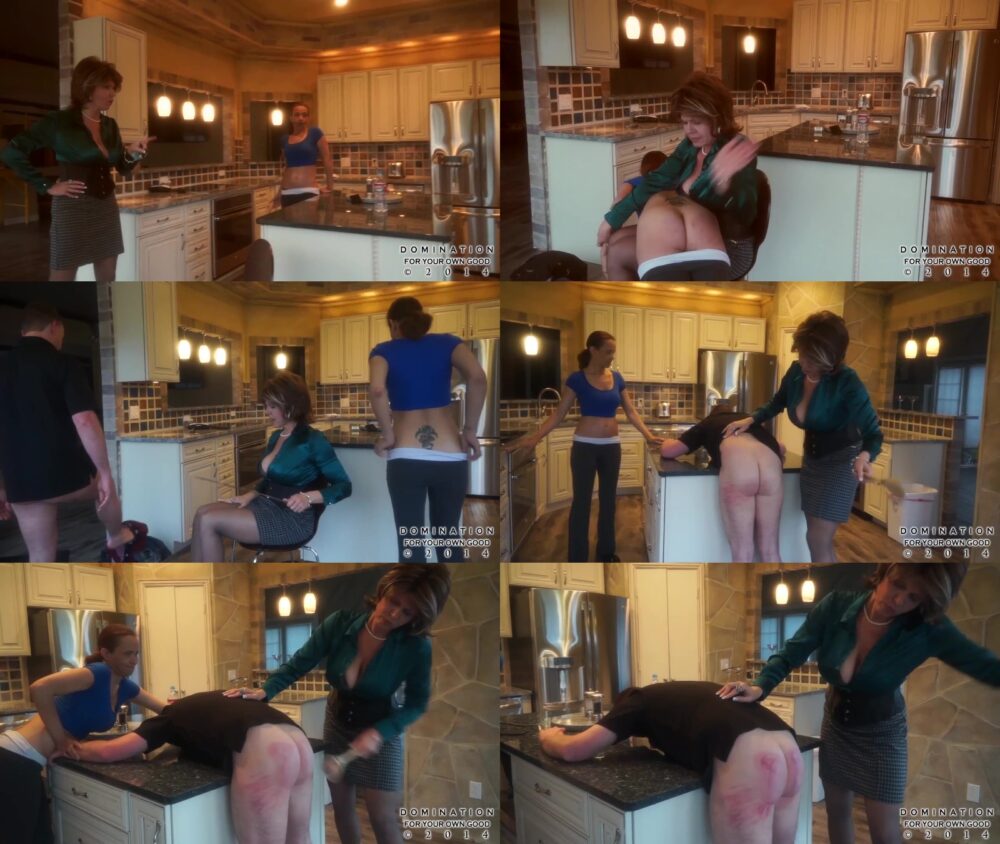