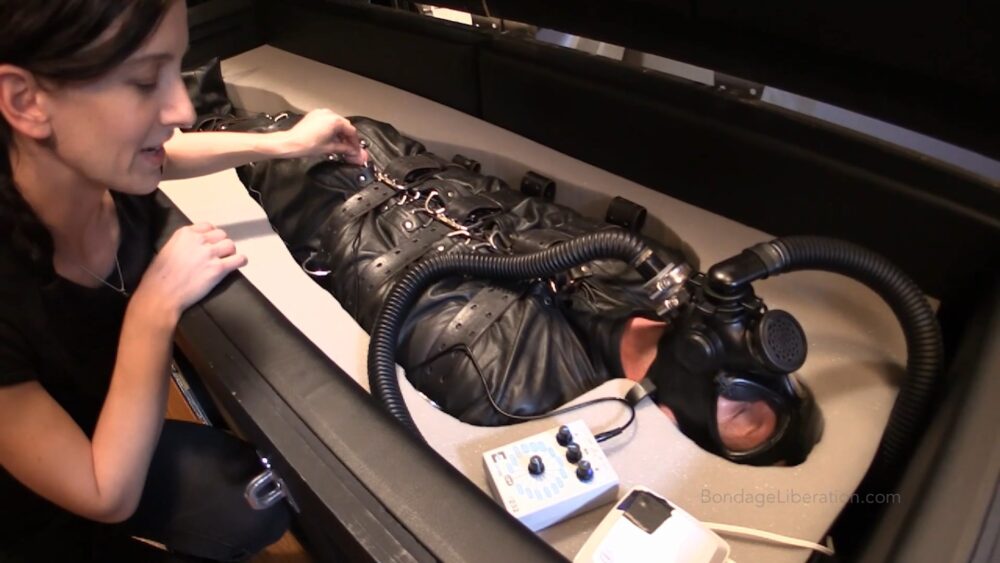 Strange Hobbies is a wonderful kinky, freaky guy from France. On this particular day, I was given the opportunity not just to meet him, but to play with him – and let’s just say we hit it off! Beginning our play session by placing a gas mask over his head, I then guide him into a coffin-like box into a leather rest sack. After zipping, lacing, and strapping Strange Hobbies into the sack, I begin to experiment with his willingness and playfulness by turning up the electro in his butt plug! I am very pleasantly surprised to hear some loud manic laughter increasing as I increase the intensity in his butt plug! At this point, I can tell that Strange Hobbies and I will be good friends! I climb into the box with him as I want to be close to those I have complete control over. I enjoy looking into his gas masked-eyes as I alternate between stroking his erect cock and bit and turning up the electro. Eventually I become more interested in seeing my new friend come his brains out while bound tightly in a rest sack, in a coffin box, with his breath controlled by long hoses, and so I vibrate him to orgasm. As he was screaming, I thought it would be nice to hear what he sounded like with the box closed and locked up securely, and so I did just that. His muffled sounds were too much of a turn on for me, however, and I couldn’t leave it at that, so I crawled on top of the locked box and vibrated myself to orgasm while listening to the helpless Strange Hobbies moan inside. Lovely making your acquaintance, Strange Hobbies. 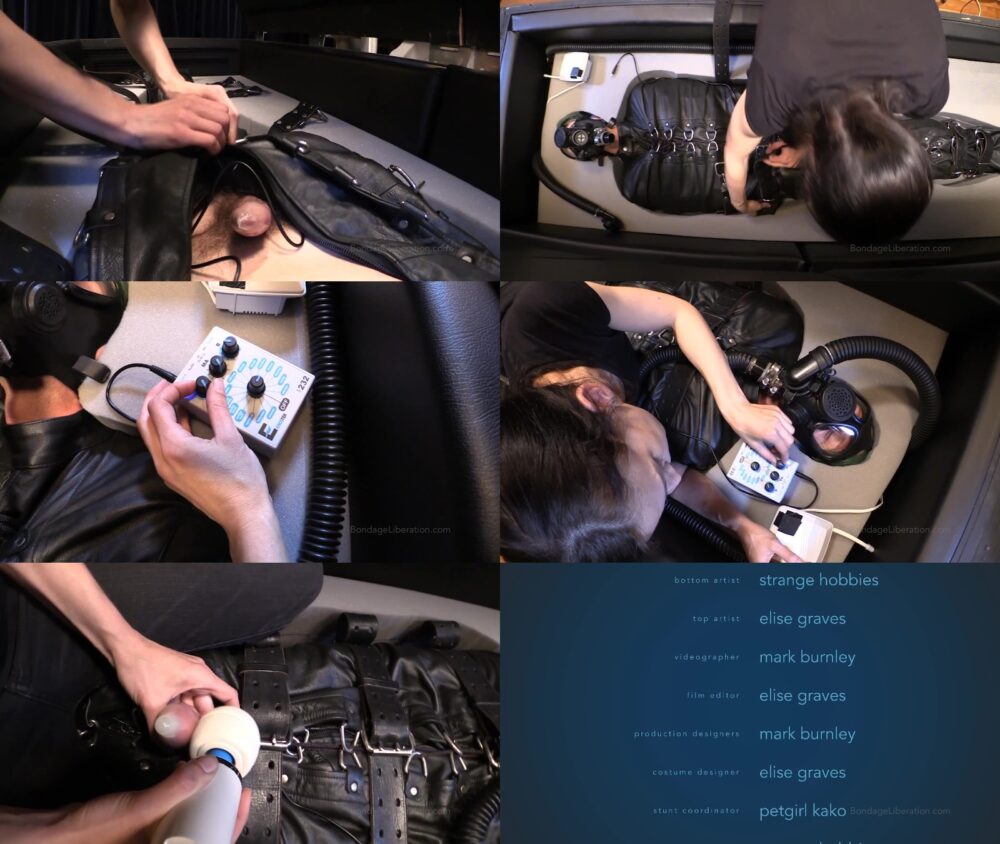