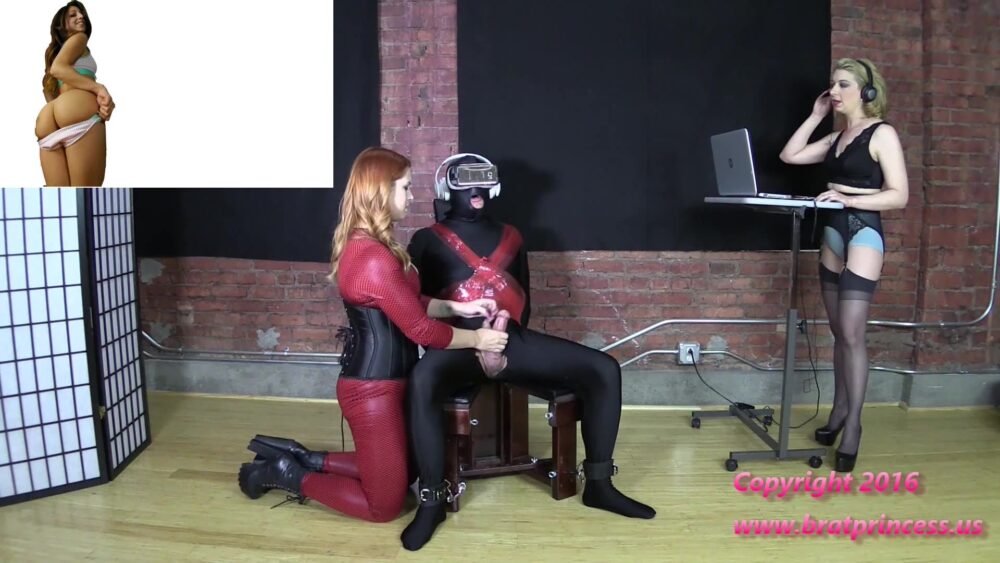 Andy was left at the edging salon a while ago. His Princess didn’t want him anymore, so she just never came back to get him after his usual edging session. He’s basically like an unmatched glove in a lost and found. Nobody has any use for andy, so Edyn and Lola decide to use him for a brainwash experiment. Today, Edyn and Lola will attempt to sexually rewire andy to crave big black cocks. Edyn and Lola don’t know if this conversion will work, but it’s worth a try. Abandoned with no keyholder, andy’s been in chastity kind of indefinitely. Sexually frustrated and wholly unwanted by anyone, he’s the perfect candidate for experimentation. Andy won’t like what’s about to happen to him at all, but if successful his sexual conversion will really be what’s for the best. Andy is attracted to girls; pretty girls. He doesn’t seem to realize that girls will never like him; that he shouldn’t even try to talk to the girls he finds attractive. He’s just annoying to them. That’s probably why his Princess dumped him off and never came back. Edyn and Lola strap andy to a chair and place him into virtual reality headset. Edyn removes andy’s chastity and edges him to a series of images. Lola places andy under voice control and selects images for his video feed. At first, andy is shown pretty girls. Andy responds very well to the sight of the pretty girls. He gets very hard. Andy’s not going to be allowed to cum during the session, just edged. He’s going to be conditioned to associate the height of his sexual arousal with cocks instead of pretty girls. Lola wants to confuse andy’s reality and make him believe he is seeing a pretty girl every time he is in fact shown an image of a big black cock. Gradually andy falls deeper and deeper under the mind control. Andy is successfully reprogrammed to believe he is seeing a pretty girl when he is in fact looking at a big black cock, but the results are inconsistent. Also, despite suggestion that andy likes big black cock, he keeps verbally insisting that he likes girls. Lola thinks it will take at least one brainwash session a day for several months before a full conversion is complete. The girls fuck andy’s mind until they decide to knock off work and go home for the day. Forcing andy’s huge erection into his tiny chastity for the night proves somewhat challenging. His body betrays him; he truly must be aroused by images of big black cocks to have an erection so persistent. This clip has a picture in picture that shows the brainwash images andy is perceiving in virtual reality. The picture in picture is present throughout most of the clip. At the very end, there are a few minutes of the brainwash loop by itself. 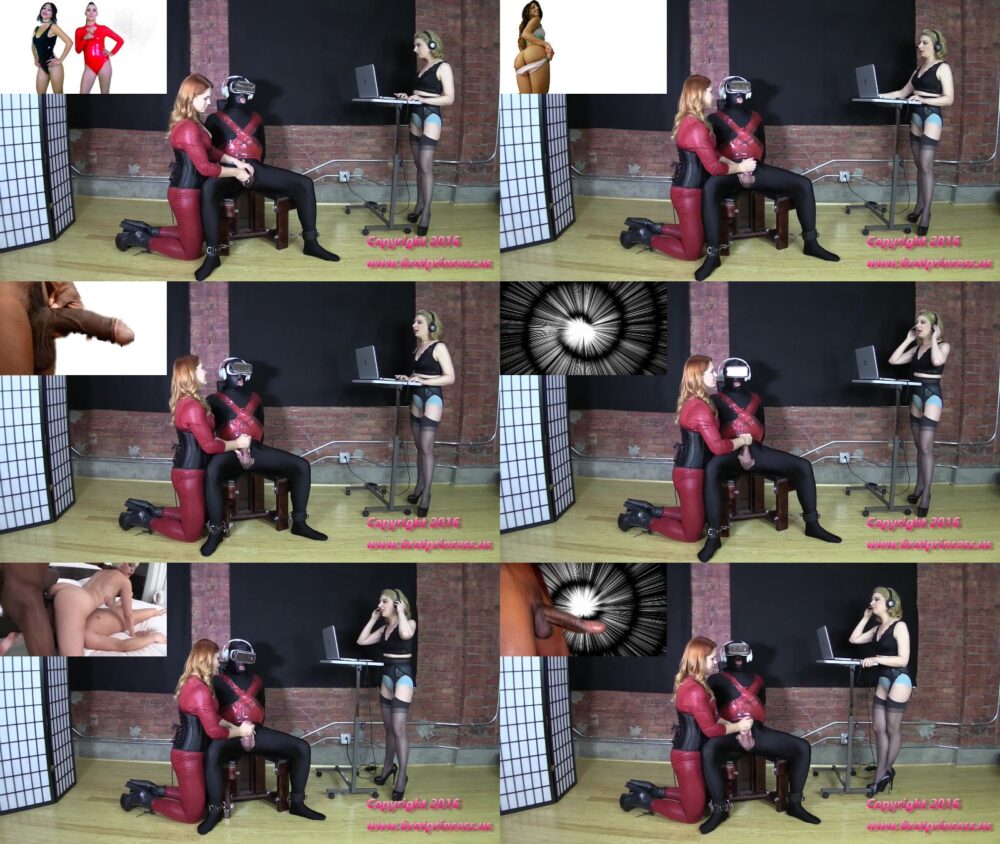