SuperCadence supposedly has all these super enhanced powers, but where are they when she’s weak?? BatCali continues the barrage of body punches then throws her against the wall to kick her in the stomach! BatCali grabs SuperCadence in headlock and brings her down to the ground for a epic bombardment of head scissorholds!! SuperCadence was defended and even ADMITS IT! BatCali isn’t done yet though-she takes off her cape to FACESIT SuperGirl, completely dominating her face, and leaving her for all the other superheroines to find her defeated! 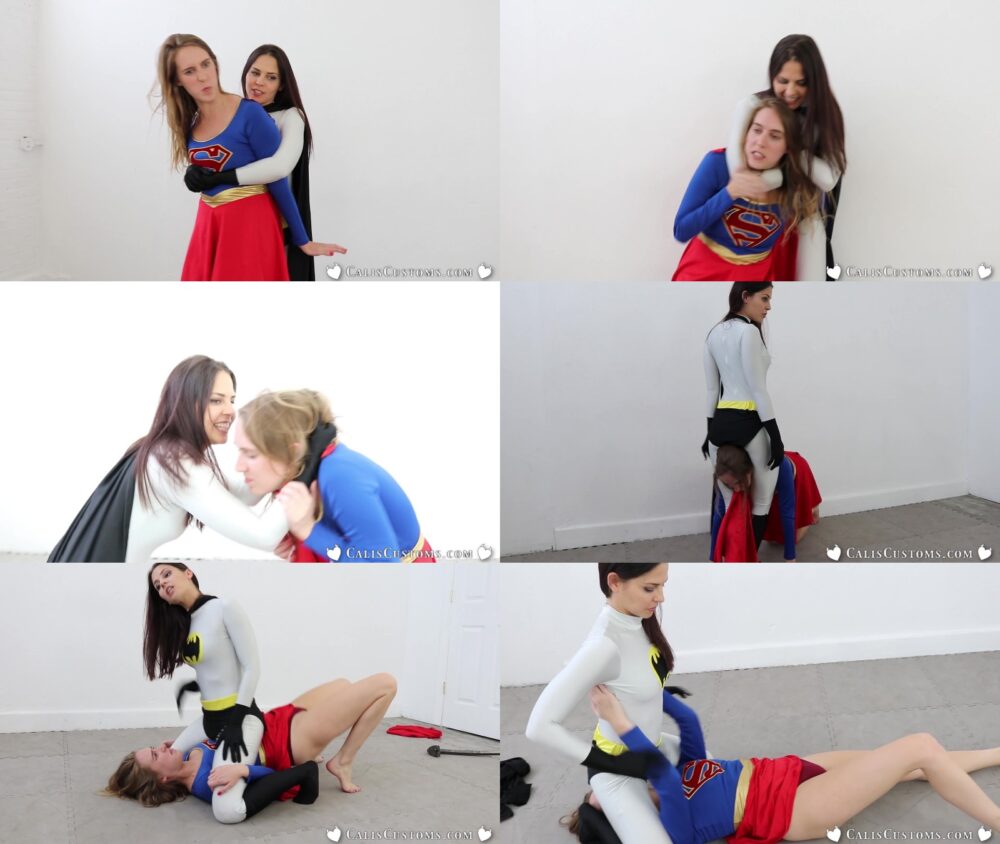